The 2015 Breakthrough Junior Challenge drew thousands of submissions, many outstanding, from over 80 countries. Here are the 15 videos that made it all the way to be chosen as Finalists from last year. But remember, these are for guidance and general interest only – to win the 2020 Challenge, your film needs to be original! Finalist videos are teaching the world about science and math on the Khan Academy website, too. 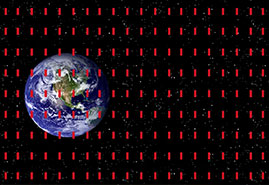 The Special Theory of Relativity

"Special Relativity has got to rank up there with one of the most revolutionary theories in physics. I've seen it referenced in science books and magazines for years. It was always mentioned in relationship to the idea that you can travel forward in time if you just move fast enough. Time dilation has been in science TV shows and movies like Interstellar so often that I've just accepted it without understanding why it was true. So when this challenge came around I thought this area was a great one to dig into." 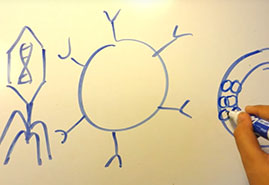 "Not only is this topic interesting, but additionally, not many people know about it. I think it is important to educate people about revolutions in medicine in a way that they can understand it. A unique topic such as oncolytic virotherapy also paves a path for people to think more about these topics and want to learn more about them." 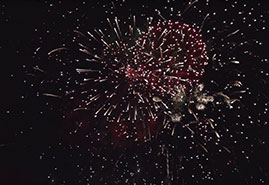 The Science of Fireworks

"I wanted to show how science is part of our everyday world, and that things as complex and beautiful as fireworks can be understood with science. This is also the global Year of Light and I wanted to contribute to this through a light-based documentary." 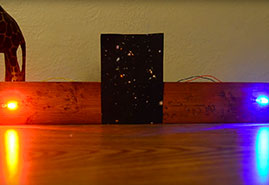 "I chose this topic because, primarily, I'm a huge fan of science fiction and love to see elements of science fiction come to life. I've been passionate about the quantum world since grade 7, and have since been teaching myself the concepts and mathematics behind it. The EPR paradox was of specific interest to me because of the nature of the problem." 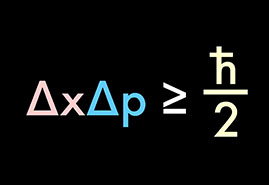 "Over the Summer of 2014, I dreamed of one day flying to school. I designed and researched many things in order to achieve this goal: A liquid nitrogen powered jetpack, an ornithopter, and even a hot air balloon. During this time, I stumbled upon the concept of "virtual particles", something that is not real that can affect something that is real. It is a truly wacky idea, but I started to notice that it matches with many of the things we know about gravity. It was at this point that I came up with the idea that gravity, like the electromagnetic force, could be mediated by virtual photons." 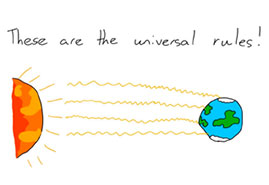 "I chose to explain the nature of light and our current ideas on what light is and why we observe it acting how it does. The nature of light is particularly unintuitive and so I wanted to create a video that illustrates how bizarre light really is and how scientists have sought to describe it (as it has a rich history of scientific exploration). This knowledge opens one’s mind to how strange and wonderful our universe is." 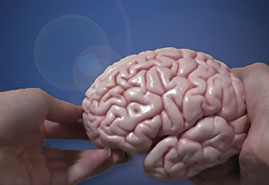 "Phantom limb syndrome is fantastic to explore from a pedagogical standpoint. Ramachandran's breakthrough discovery combines some of the fundamental pillars in neuroscience: synaptic plasticity, somatotopic organisation, and somatosensation. An exploration of phantom limbs conveniently introduces to a naive audience an expansive survey of the general field of neuroscience." 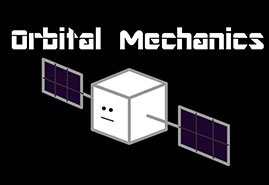 "Orbital Mechanics are complex, but the principles of them are very simple. Students like myself who are interested in space are kind of stuck when trying to learn about orbital mechanics. By learning orbital mechanics one can understand how we (humans) have gotten stuff so far into space." 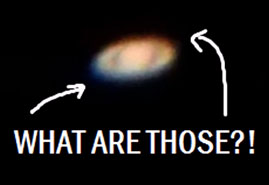 "Instead of simply explaining the concept, I also wanted to reveal the process of me discovering, experimenting, struggling, and finally coming to a better understanding of chromatic aberration. That’s how science works, it’s a process, and I think the best way to teach is by telling your story, because it allows others to relate to you in emotion and intellectual curiosity." 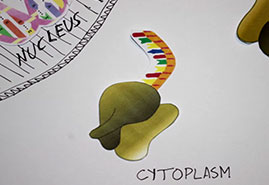 "I chose to talk about RNA interference because this concept is very useful, as nowadays it is a common tool for research, being used in a huge variety of studies. Potentially, it can become a revolution in some therapies, such as cancer and other diseases related to protein overexpression, as it silences gene expression." 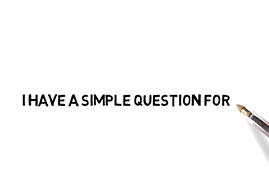 "When using integrals in Calculus your teachers and textbooks either tell you to accept the fact that infinitesimals exist, or accept that they just work.I have never been satisfied with that, I needed to know why they work. That is why I set out to understand what infinitesimals are, how to prove them using Non-standard Analysis, and where else they are useful." 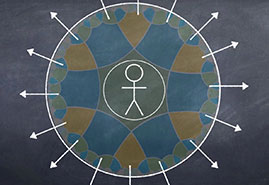 Special Relativity and the Speed of Light

"The main intuition is that the principle of Relativity asserts that the manifold of frames of reference is homogeneous and isotropic, and there are exactly three geometries associated with this: Sphere (which exists as rotations through space), Plane (which represents Galilean Relativity) and the Hyperbolic Plane (which exists as rotations through spacetime). I wanted to find a way to use this intuition without overwhelming the audience with technical terms." 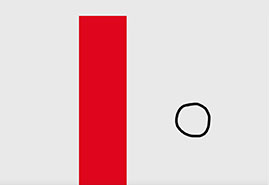 "Quantum tunneling has always been of particular fascination to me after I read the book The Physics of Superheroes prior to sophomore year. I wanted to create a resource that would provide the perfect balance of mathematical rigor and intelligible explanation, and I certainly succeeded. In producing this video, I was aiming to create a resource that would help high school students like myself understand a potentially bewildering subject." 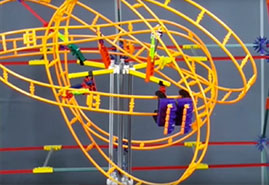 "After consulting with my biology teacher, I became set on talking about how it is that cells differentiate from one another, with a specific focus on gene expression. This concept is a complicated one to understand, it is also one that is undergoing a lot of change, since much modern research is being conducted to unlock more of the mysteries surrounding cellular differentiation." 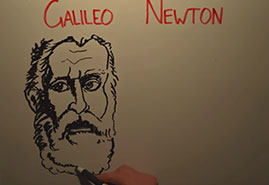 "I have a particular interest in physics since the topics and concepts are mind-blowing and difficult to understand, this is one such topic and it is the challenge of comprehending it that made me want to make it the subject of my video."